Something wrong happened on Saturday above the Earth! Contact with the Israeli communications satellite Amos 5 was lost on Saturday 21th November.
Launched in 2011, Amos 5 was in geostationary orbit over Africa. Its coverage extends over Africa, Europe and Middle East. This satellite is regarded as playing a major role in Africa’s emerging satellite services market. Indeed, the satellite generates more than 40 million US dollars in Internet and TV orders.

For the moment, specialists don’t know what happened:  a mechanical failure, a short circuit, or being struck by a meteor or space junk are all possibilities.

Don’t worry, we have the solution! Thanks to our partner Arqiva, we replaced our big 16.4 meters Antenna which was focused on Amos 5 toward the Eutelsat E8W satellite.
We have taken all the necessary arrangements and ours customers won’t see the difference.
We are currently working with Eutelsat as well to propose you our best coverage for Africa, with more than 10 satellites. Find below the E8W coverage, which we recently start to use: 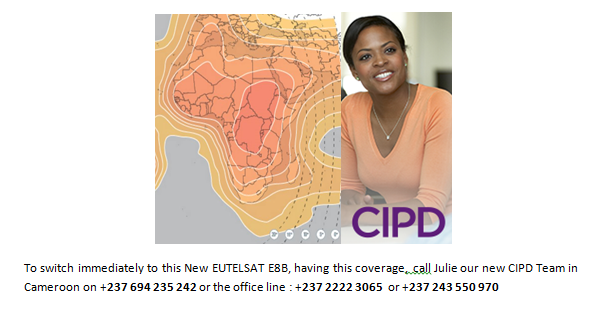 Indeed, with a recent reprogramming of new space craft on iDirect HUB, and thanks to Eutelsat, we still cover all African continent on C-Band (picture above), Ku-band and Ka-band. Let show us our satellite coverage which allow you to benefit on the best connection as possible. 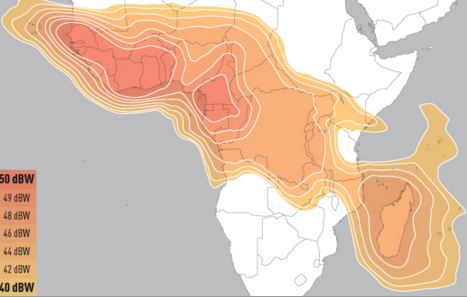 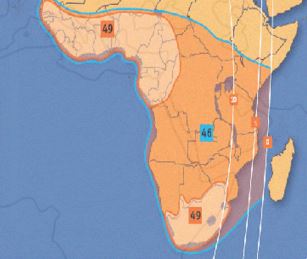 As you can see, we have a full African coverage

After Amos5 accident, we took all ours precautions to ensure all the C-band connectivity on the ground. We tried to quickly provide a fast and reliable connection and minimize all the network crashes. If you were impacted by this connection gap, we apologize and warrant our best quality services since Amos5 stopped working.

AFRIKANET was present at the IBC show in Amsterdam, held in September 2015. This exhibition, gathering experts of the telecommunication sector from all over the world, was a great opportunity for AFRIKANET to expand its professional network and to be aware of the latest technological advances.

The 2015 edition of IBC has been the most successful so far, with a total of 55,128 visitors and more than 1,800 exhibitors. Conferences about the future of media and telecommunications were hold during these 5 days of exhibition. Which future does the telecommunication industry expect? As an answer, Fran Unsworth, the Director of BBC World Service, said: “the future is digital and we need to expand it – but not at the expense of television and radio”. The media industry is constantly evolving and is “radically different from where we were even five years ago”, according to Michael Crimp, CEO of IBC. Consumers now defined their needs and demand new functionality to their vendors. Future is about understanding and cooperating with our customers to provide them with specific solutions.

Sharing ideas and point of views with other professionals from the same sector was an exciting experience which leads us towards eventual partnerships between AFRIKANET and other companies. All the AFRIKANET Team appreciated the opportunity we had to talk with other entities about how we can develop INTERNET SERVICES BY SATELLITE IN AFRICA by providing our presence and professionalism on the ground.

As a leading actor of telecommunication across Africa, defining a brighter future and finding partners is one of the key goals of AFRIKANET.

AFRIKANET will be present for the next edition of IBC, held on 8 September, 2016 in Amsterdam.

« Internet belongs to everyone and should be available for everyone »

The founder of Facebook, Mark Zuckerberg, and the founder of Microsoft, Bill Gates, announced on Saturday to the United Nations that they will provide resources to serve one precious goal : to provide an access to the Internet worldwide by 2020. This action follows the strategy implemented by the UN to eradicate extreme poverty by 2030, one of the 17 objectives of global development fixed by the UN.

According to the UN, half of the global population has no reliable access to the web, especially women whose educ

ation is a fundamental pillar to development.

“When people can access the tools and the knowledge of the Internet, they have means to make life better for all of us”, quoting the grouped declaration of Mark Zuckerberg, Bill and Melinda Gates, who all devoted their fortune to philanthropy. Mark Zuckerberg posted on Facebook that among 10 people connected to the Internet; only 1 manages to get rid of poverty. 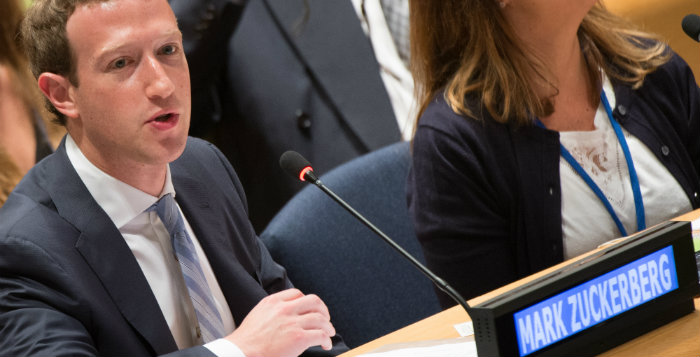 “If we connect the fourth billion of people who have currently no access to the Internet, we have a historical opportunity to improve the future of mankind in the next decades” (Mark Zuckerberg) That’s the Internet by 2020 aim.

For the “worldwide access to the Internet” project, a budget of 3 500 to 5 000 billion dollars per year on a 15-years period will be available for countries where the Internet connectivity is still low.

The other characters involved in this project are Jimmy Wales, co-founder of the online free encyclopedia Wikipedia, and Bono, the famous singer of rock band U2. 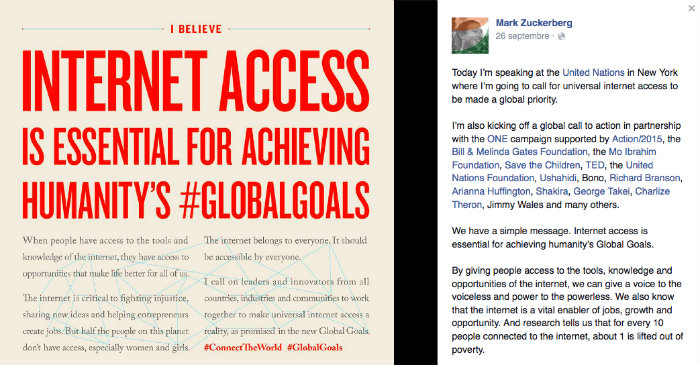 AFRIKANET cares about playing a major role in the development and the implementation of an Internet access in developing countries and more especially in all remoted areas of AFRICA. With AFRIKANET’s competitive prices and its wide network of VSAT solutions, AFRIKANET is ready to help the United Nations in the achievement of this global project. 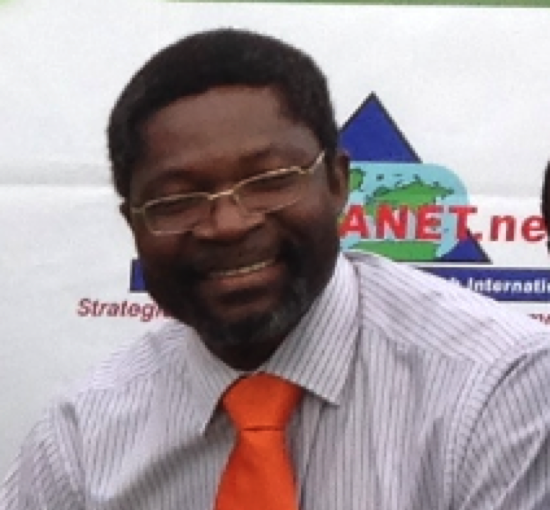 Via Satellite, a magazine providing essential news and expert business analysis on the satellite industry, released a special interview from our CEO, Mr Fotso Chatue. Concerning the future of the satellite industry, AFRIKANET’s motto is clear: getting ready for the expected boom in Ka-Band use to reach residential markets where satellite broadband was largely unaffordable in the past. To know more about it, read the interview here !

Next 10th September, The 48th IBC show will take place in Amsterdam, an worldwide famous show, talking about new technologies.
This event gathers more than 55.000 people, from everywhere in the world.
The aim of the trade show is to meet and share with professionals who have developed new management skills or innovative technological discoveries.

Afrikanet was already present at the last previous edition, and decided to renew the experience.
Indeed, the last IBC Amsterdam was a great experience for Afrikanet! Met new clients, widened our professional network and gained more expertise in the telecommunication field.

It will be a great pleasure to see you again this year. Don’t hesitate to see us in the UK Pavillon to ask for information or just to speak with our experts and exchange with the Afrikanet team.

Our best gift would be to serve you and to satisfy you in the best possible way. 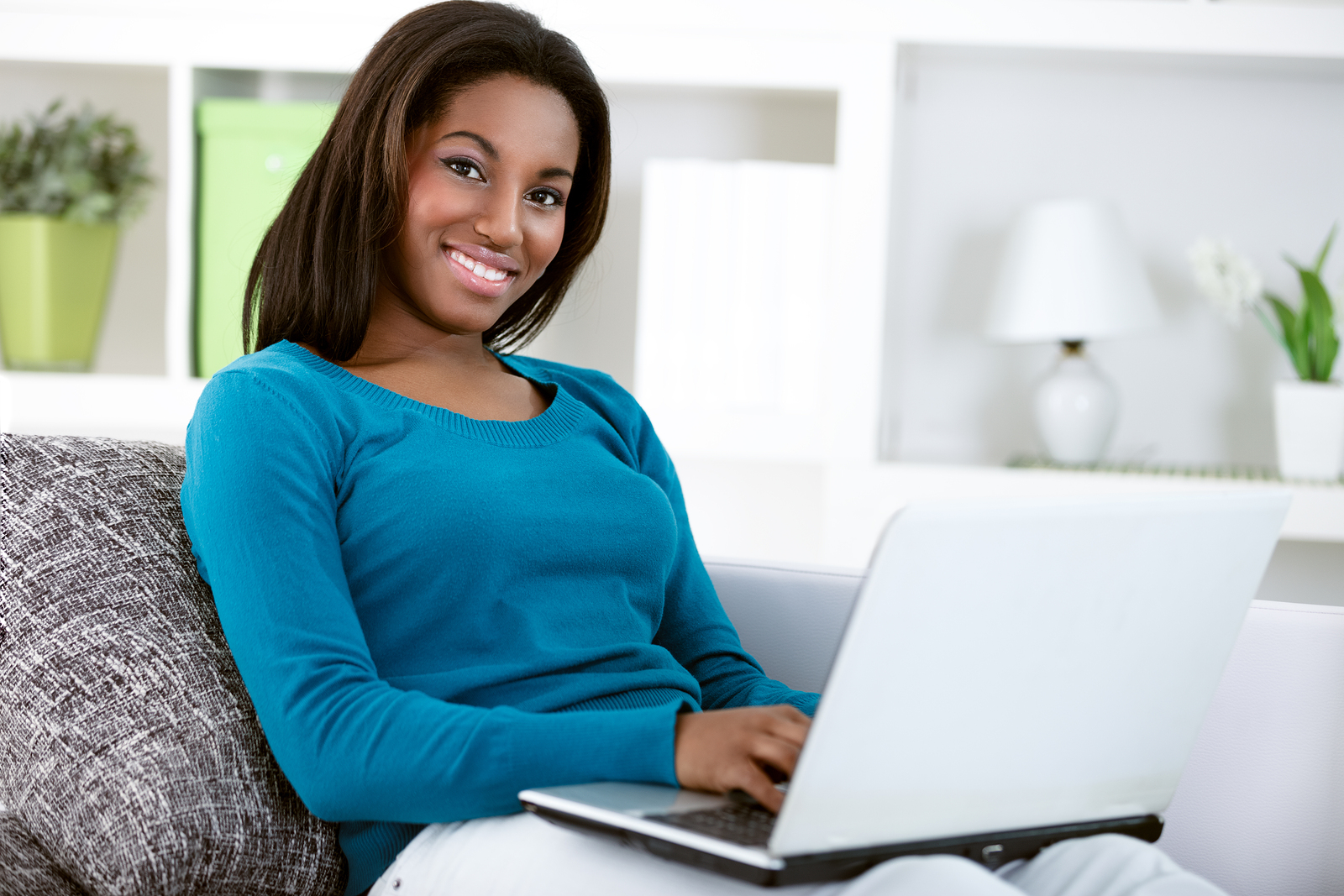