With its broadband services in Africa via satellite, AFRIKANET will ensure the telecommunication on daily basis and will support African Union in its development. African Union profit from our technical expertise, customer support and service delivered through a well-organized channel of partners all over the continent.

AFRIKANET is pleased to cooperate with DECLOG! This commission of African Union has chosen to use the VSAT solution (Very Small Aperture Terminal). With this equipment DECLOG make sure to meet the needs of its telecommunication.

DECLOG is a commission of African Union which is a continental union consisting of 54 countries in Africa. The only African state that is not a member is Morocco. The African Union was established on 26 May 2001 in Addis Ababa and launched on 9 July 2002 in South Africa, with the aim of replacing the Organisation of African Unity (OAU). The Assembly is chaired by Robert Mugabe, President of Zimbabwe. Member states of the African Union cover almost the entirety of continental Africa and several off-shore islands. Consequently, the geography of the African Union is wildly diverse, including the world’s largest hot desert (the Sahara), huge jungles and savannahs, and the world’s longest river (the Nile). The vision of the African Union is that of: “An integrated, prosperous and peaceful Africa, driven by its own citizens and representing a dynamic force in global arena.”

The objectives of the African Union are:

– To achieve greater unity and solidarity between the African countries and Africans.

– To defend the sovereignty, territorial integrity and independence of its Member States.

– To accelerate the political and social-economic integration of the continent.

– To promote and defend African common positions on issues of interest to the continent and its peoples.

– To encourage international cooperation, taking due account of the Charter of the United Nations and the Universal Declaration of Human Rights.

– To promote sustainable development at the economic, social and cultural levels as well as the integration of African economies.

– To coordinate and harmonise the policies between the existing and future Regional Economic Communities for the gradual attainment of the objectives of the Union.

– To advance the development of the continent by promoting research in all fields, in particular in science and technology.

With its broadband services in Africa via satellite, AFRIKANET will ensure the telecommunication on daily basis and will support DECLOG in its development. DECLOG profit from our technical expertise, customer support and service delivered through a well-organized channel of partners all over the continent.

In order to facilitate the conduct of operations, Africa Union asked AFRIKANET this year, 2015, to install VSAT equipment in order to have internet access in their working sites. The internet transmission is able thanks to the Ku-Band solution with an antenna VSAT 1,20m Rx/Tx and Modem reception iDirect x3 Evolution.

AFRIKANET provides also installation equipment on the site and satellite orientation. For any more requirements AFRIKANET does an after sales service and our team is available 24h/7d.

For the second year, the Fondation Saint Martin renewing their trust toward Afrikanet, and renewed their contract with us for keeping their internet access.

As a sign of international solidarity, Alfred Müller AG (which is based in Baar, canton of Zug) established the Fondation Saint Martin in 1992. With a foundation capital of 2.5 million Swiss francs, it forms the basis for the financing of the «Water is Life» project. It is subject to supervision by the Swiss federal government. Its declared objective is to support solidarity projects, and it can be active throughout the world. Its current priority is the «Water is Life» drinking water project in Cameroon.

The «Water is Life» project

The «Water is Life» project is the result of an initiative on the part of Urs Egli, a Benedictine priest from Engelberg, who as head of the Catholic Mission in Otélé, southern Cameroon, found himself confronted with a high infant mortality rate and a population that was in very poor health.

The project originally set out to build 44 wells, but this number soon increased to 400, and in the meantime it has surpassed 1,350. In order to ensure a sustainable supply of drinking water, the St. Martin Foundation attaches a great deal of importance to the maintenance of wells, but it is also constantly pushing ahead with the construction of new ones.

Afrikanet supports the foundation activity by offering its internet services on AMOS 5 C-band for the Otélé (Cameroon) site.  Network size is 2048 kbps down/ 512 kbps up, ratio 1:10. Afrikanet also provides VOIP services for the foundation. 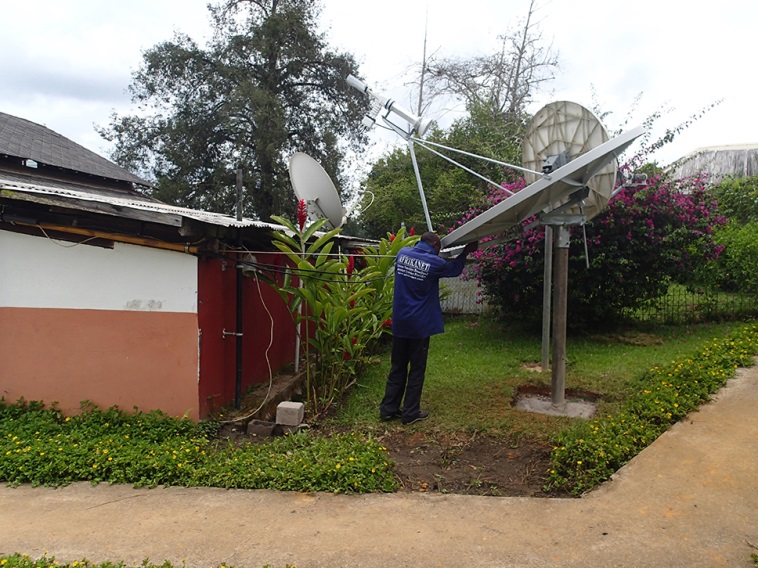 CCA BANK choose AFRIKANET to help them to expand their business thanks to a VSAT solution.

To facilitate sustainable access to financial resources to the poor, the CCA has gradually opened 32 branches in 10 regions of Cameroon. CCA BANK main tasks of Offer financial services to the poor, to fight against poverty through micro financing to promote the creation of income generating activities in rural and urban areas and to fight against unemployment through the recruitment of staff exercising the CCA.

In order to interconnect these 32 agencies across the Cameroonian territory by secure connections to high speed broadband VSAT, CCA BANK needed a serious partner, with advanced technology in the high speed internet satellite and has representations in several other African countries. This will allow the CCA BANK to expand its service internationally with a better quality of service. That’s why they choose us, AFRIKANET, to help them to expand their business 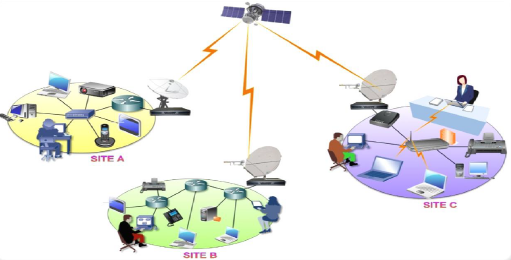 AFRIKANET with its representations in 17 countries in Africa, his experience of 16 years in broadband satellite internet and numerous clients in Africa, AFRIKANET appeared among the plethora of ISPs who have applied to the supply of the CCA as leader and the only one able to cover the pending CCA BANK.

For more information about VSAT don’t hesitate to contact us.